State House, Lagos - Members of the Southwest Governors Forum, on Tuesday, October 26, met in Lagos state to discuss issues of interest to the region.

A statement posted on the Facebook page of the Lagos state government and sighted by Legit.ng indicates Governor Babajide Sanwo-Olu hosted his colleagues at the State House.

Out of the six governors in the region, five were present at the meeting which started at 4.30pm and held behind closed doors. 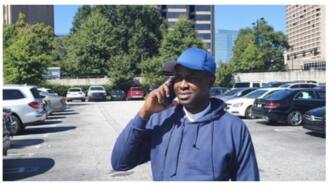 Legit.ng gathers that the governor of Oyo state, Seyi Makinde, was represented by his deputy, Rauf Olaniyan.

After one hour and 30 minutes, the governors rose from the meeting and offered no detailed information on matters discussed.

Addressing news, the chairman of the forum and Ondo state governor, Rotimi Akeredolu, gave a brief statement on their discussion, disclosing that part of their deliberations bordered on the security situation in the region.

Akeredolu revealed there was also discussion on Oodua Group, a company owned by all six southwest states.

He, however, declined to give further details, pointing out that the forum was not willing to share full information on the meeting.

“We, the six governors of the southwest under the Southwest Governors’ Forum met today. We deliberated on a number of common and personal issues. We also deliberated on our common heritage, which is the Oodua Group of Companies. 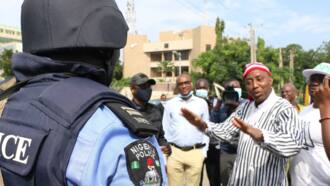 List of Nnamdi Kanu's crimes against Nigeria according to FG

“At the end, we agreed on a few things; a number of them, which have to do with security, are not what we can discuss in the open. This short address is just to let you (pressmen) know we met today but we don’t want our decisions discussed in the open.”

Taking to his Facebook page, Governor Oyetola of Osun state disclosed he and his colleagues after the meeting paid a courtesy visit to the national leader of the All Progressives Congress (APC) and an elder statesman, Asiwaju Bola Ahmed Tinubu at his residence in Ikoyi.

"We used the opportunity to appreciate God for granting him sound health and his safe return to the country.

"It is our prayers that God will continue to strengthen and preserve him for many years to come." 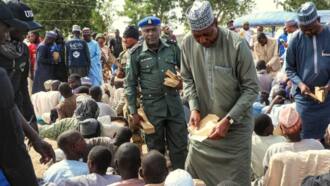 In other news, leaders of the Pan-Yoruba socio-political group, Afenifere, also recently paid a visit to Tinubu at his home in Lagos.

The visit came days after Tinubu returned from a medical trip to the United Kingdom where he underwent knee surgery.