A faulty app caused American Airlines to ground dozens of its jets on Tuesday.

The glitch caused iPad software, used by the planes' pilots and co-pilots to view flight plans, to stop working.

The firm's cockpits went "paperless" in 2013 to save its staff having to lug heavy paperwork on board. AA estimated the move would save it more than $1.2m (£793,600) in fuel every year.

The company said that it was still investigating the cause of the problem.

"Some American Airlines flights experienced an issue with a software application on pilot iPads yesterday evening," a spokesman told the BBC.

"In some cases, the flight had to return to the gate to access a wi-fi connection to fix the issue.

"We apologise for the inconvenience to our customers and we had them on the way to their destinations soon afterwards."

He tweeted that his San Francisco-to-Los Angeles flight was only able to get airborne after the crew had printed off the maps they needed. 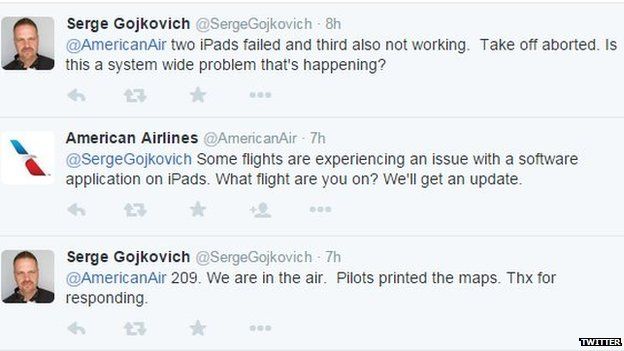 A spokesman for the airline was unable to confirm the report.

American Airlines is not the only carrier whose pilots and cabin crew have switched from using physical charts and paper manuals to tablets.

United Airlines was also an early adopter of iPads, while Delta has opted for Microsoft's Surface tablets instead. 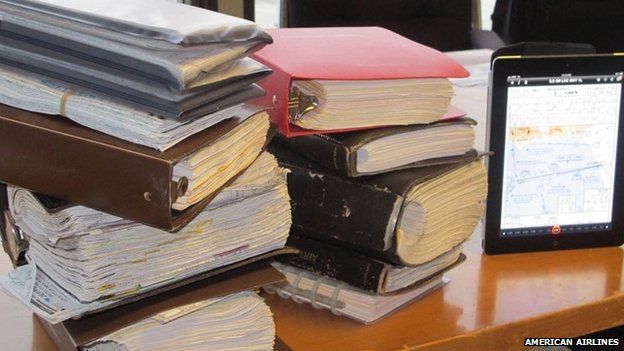 British Airways and Ryanair are among others still in the process of shifting to so-called Electronic Flight Bag-based systems.

In addition to saving on fuel costs, it is also suggested that such kit reduces flight preparation time, reduces the likelihood of injuries and helps staff by offering real-time updates.

There is competition between several firms to provide the software and support that make the technology possible.
American Airlines pilots use an app called FliteDeck, which is made by the Boeing subsidiary Jeppesen.
A spokeswoman for the firm was unable to provide comment when contacted by the BBC.

Check Out the All New Mitsubishi Xpander! (Photos)