Will Apple release an AR headset for the next iPhone? Find Out

Will Apple release an AR headset you can slip the next iPhone into, much like Samsung’s Galaxy S8 and the Gear VR? That’s ripe for speculation now that we know Apple’s upcoming iPhone could have an even higher-resolution display, delivering as much of a visual leap forward from current-generation iPhones as the iPhone 4’s Retina display was from the original. The upcoming iPhone is anticipated to have a functional resolution of 1125 x 2436, meaning if the phone was used as a screen for an AR headset, visual qualities wouldn’t be compromised because of the high pixel density.

Apple has been teasing its interest in AR over the past year, with all kinds of approaches seemingly in consideration. Apple CEO Tim Cook began talking up Apple’s interest last July. In November, Bloomberg reported that Apple was weighing entering the digital glasses space, with a device launching as early as 2018. Cook then hinted in February that the company is working on some sort of AR product. And last month, Apple filed a patent application including mock-ups for a pair of digital glasses that could interact with its iPhone and iPads. 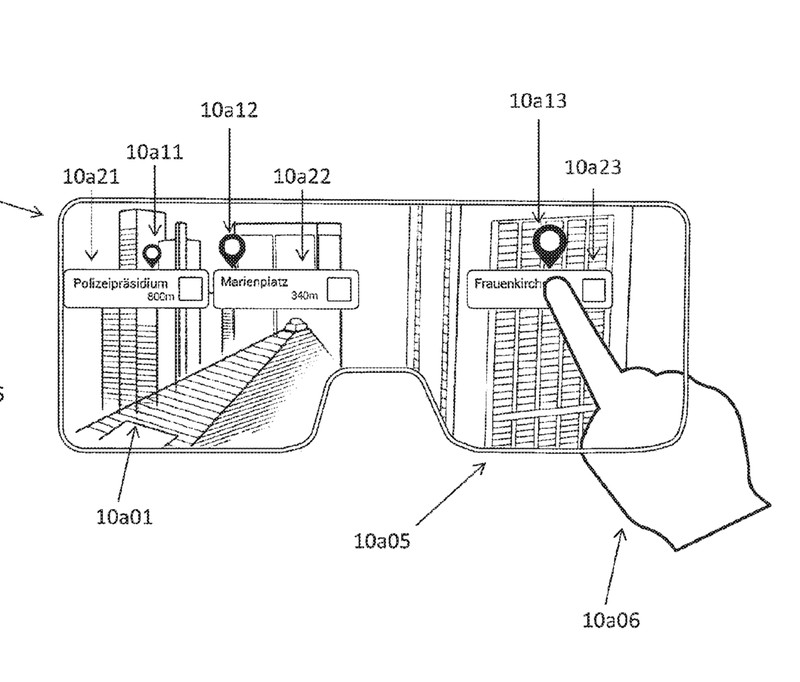 It’s likely Apple will introduce AR features to the iPhone’s camera app first. Given the popularity of Snapchat lenses — where you can overlay your face with puppy dog ears and flower crowns — features like this directly from Apple would certainly create buzz for potential hardware down the line. (Remember how popular Snap’s spectacles were?) In February, there were even reports that Apple was working on “revolutionary” camera technology that could be used for augmented gaming experiences and 3D selfies for the next iPhone.

We’re already starting to see this in iOS 11, which introduces a new feature called ARKit that allows developers to create AR experiences for the iPhone and iPad. It has positional tracking and scene-understanding capabilities. Beta users have created AR fidget spinners, BB-8s, and Space Invaders, as well as an interactive video for A-Ha’s “Take On Me.” So, iOS 11 sets up the company with plenty of options for AR content. Imagine if you could load those experiences on a future iPhone and slip it into a headset you wear to play AR games or catch pokémon. I’d buy one.

While this would mostly be considered VR since there’s a phone in front of your face, instead of just adding augmentations on top of the real world like HoloLens does, Apple could basically make it into an AR experience by using the iPhone’s camera to capture your environment. A potential headset that uses an iPhone as a display is notable because Apple already has AR features, and a headset could allow gaming for insanely popular AR games like Pokémon Go. Many companies, including Google and Samsung, are already selling headsets, and it’s something Apple can finally embrace given how passionately Cook has spoken about AR.

I am extremely motivated, organized and disciplined. I have over 3+ years experience with web content management, administrative duties, Excel, Microsoft software, Quick books, Customer Service, as well as email management, internet research and data entry. I am committed to producing top-notch, quality work, which is my driving force.

Check Out the All New Mitsubishi Xpander! (Photos)